Information and Networking; Builds Partnerships, improves synergies and solidarities among CSOs and encourages working relationships with government at different levels. Non-governmental organizations (NGOs), in various forms and definitions, have been filling the gaps in service delivery by advocating for participation in decision making when it comes to local government planning and budgeting processes. At many times, this targets basic needs of low-income households, NGOs have implemented programs on a wide variety of themes, including housing, education, environment, health, and skill development.

Information and Networking is currently recommended as particularly suitable for NGOs to improve performance and enhance impact. Since many organizations are small and isolated, networking is commonly seen as a cost-effective means to share information and spread knowledge about grassroots’ needs, solutions and best practices. Also, networking is believed to strengthen NGO’s ability to speak with one voice and to significantly increase their impact as policy negotiators and advocating agencies. However, while NGO-networking definitely has a potential to improve the undertakings of NGOs and grassroots’ organizations in the Midwestern region of Uganda, much of this potential is not realized. NGOs have been found not to share information voluntarily as they are often aggressive competitors for funds, market-shares and clients and particularly for the right to represent other, smaller NGOs.

The so called ‘NGO community’ is heterogonous and there is reason to doubt that it should have only one voice. Too much networking is done to boost the dominance of a few large and well-connected NGOs while too little networking is devoted to practical and grassroots-relevant efforts on the ground.
a) Organize Solidarity and synergy Building meetings.
b) Conduct information Sharing meetings with different stakeholders
c) Organize Media engagements meetings
d) Exchange visits 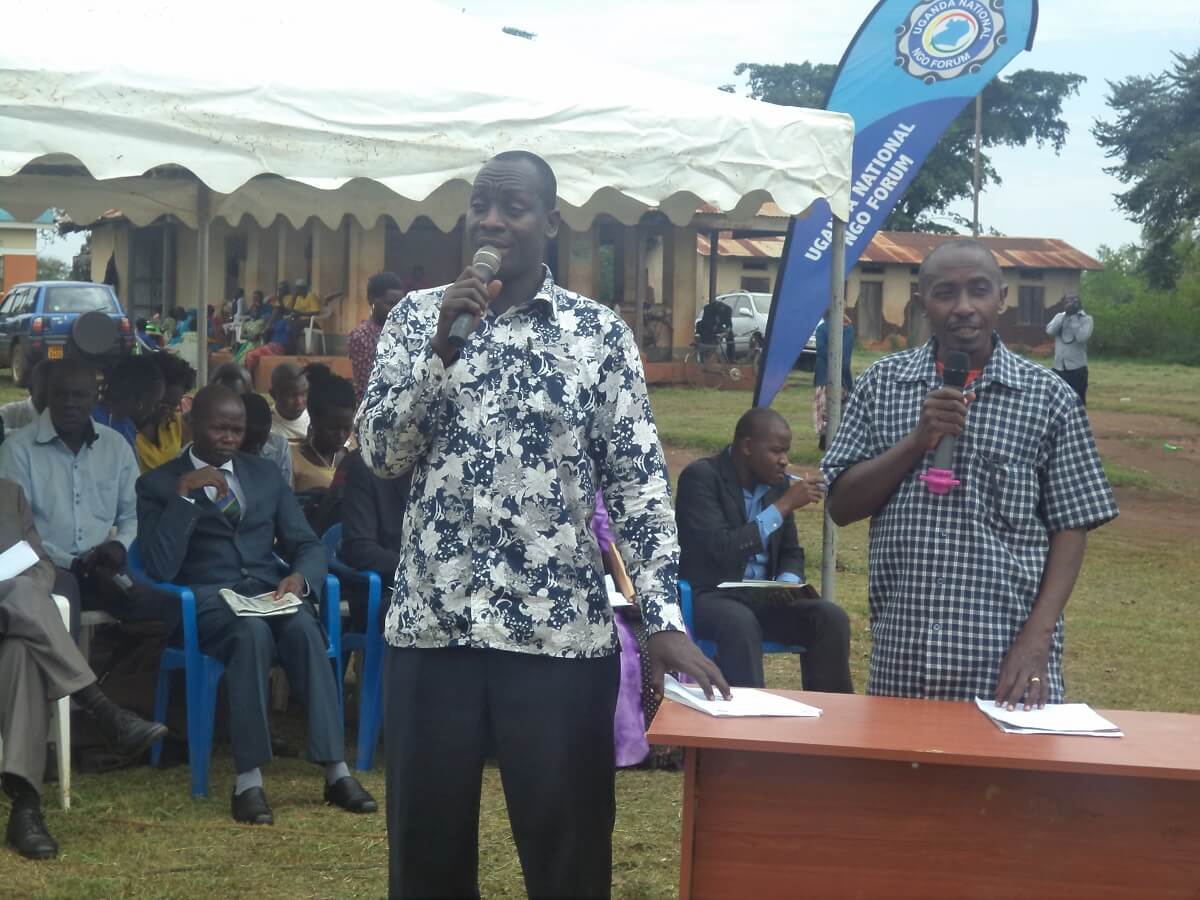 A staff of MICOD sharing Information during a Networking event.